The stands under construction 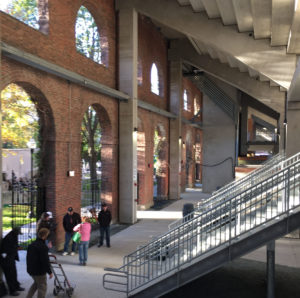 A look at the completed West Stands

S.W.COLE was recently retained by Dartmouth College to perform construction materials testing and special inspections on the college’s West Stands renovation. Construction on the project at Memorial Stadium, which included included new modern restrooms, a new premium section near the 50-yard line, accessible seating on multiple levels, wider aisles and concourses, new handrails, a new press box and upgrades to the technology used for broadcasts and streaming video, began in late 2014.

The $10.5M project was completed by the beginning of the 2015 football season.